At first glance, many would just appear to be silly pictures that live online. But if you are in the cryptocurrency space, don’t be quick to dismiss what is happening.

Today, we’re going to take a look at projects you may have heard of but don’t quite understand what they are: Bored Ape Yacht Club (BAYC) and Mutant Ape Yacht Club (MAYC).

Let’s jump right in so you can understand why these NFTs are selling for thousands of dollars.

What Is BAYC and MAYC?

The BAYC collection is made up of 10,000 exclusive and uncommon NFTs that are currently kept in around 6,000 wallet addresses. Created by Yuga Labs in April 2021, their concept for this collection was inspired by the Planet of The Apes trilogy.

This is a BAYC owned by Mark Cuban.
The other popular project is MAYC, which is where the apes are mutated from ape serum vials. Once the serum is injected into a normal bored ape, they then mutate and turn into the MAYC. 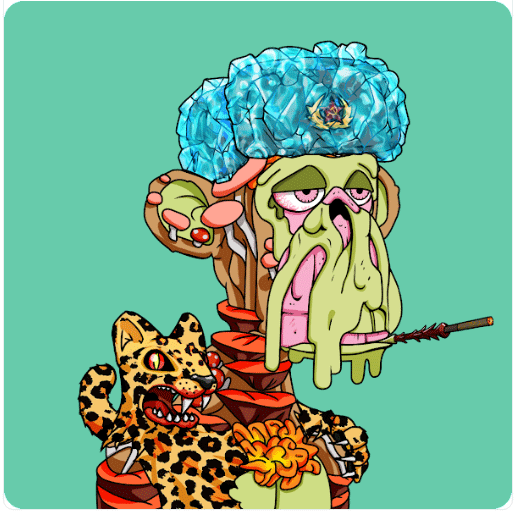 However, along with the fame comes the flattery and, in this case, BAYC is not flattered at all because here comes to the Phunky Ape Yacht Club, with the abbreviation PAYC.

PAYC basically takes an NFT created by BAYC or MAYC and simply flips it to face the other way. It’s safe to say that BAYC isn’t flattered or happy about this imitation.

In fact, the NFT series was just recently banned from OpenSea because the PAYC was clearly plagiarizing the BAYC NFTs.

Why Do These Collections Matter?

Outside of NFTs turning into a new status symbol, member prestige, and having similar interests with rapper Eminem, possessing one of these BAYC NFTs does have specific benefits. 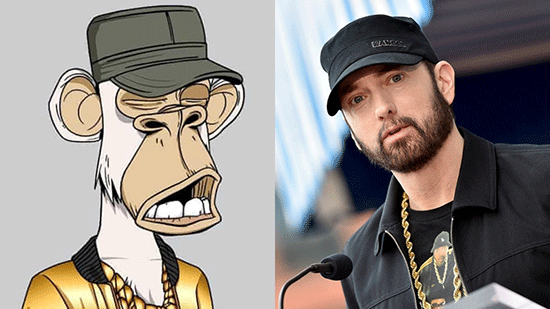 This likeness of Eminem was sold to Eminem for $452,000.
For instance, BAYC owners can take part of exclusive clubs and network with their BAYC counterparts. BAYC members have access to new NFT releases, NFT upgrades, and real yacht parties.

The Bored Ape Kennel Club portraying dogs and the mutant serum were airdropped for free to wallets having BAYC NFTs.

Why Are These NFTs Appealing?

Currently the floor price (entry point) for MAYC is 15 Ethereum ETH ($45,375). The floor price for BAYC is 78 ETH ($235,716). Some apes are more valuable than others, and that value relies on the combined rarity of the features and characteristics of each ape.

There’s obviously a lot of money to be made, but one of the perks of owning these NFTs lies in the networking within the community.

By joining one of these clubs, you will be part of an exclusive elite discord community that has a vast membership that stretches across all major fields and occupations. The discord meetings alone are priceless.

You’re literally a part of an exclusive club that will allow you to be in conversations about the next “it” project.

Basically, by having one of these NFTs you own a passport that will give you exclusive access.

And in the world of moneymaking, being a step ahead of everyone else can have immense benefits.

NFTs are an exciting new world, but you shouldn’t rush out and just buy one because it seems like everyone else is buying one.

Before you make your first purchase of any NFT, this is what you need to know.